Wow, ten years!  Travel With A Difference was just a seed, that appeared in my thoughts - it was about visiting and exploring destinations in comfort and style, that didn't involve brass and marble.  I never thought it would come to fruition, it was just a concept, a nice feel good idea.
I had spent three years travelling overseas and had dabbled in the worlds of skiing, sailing and surfing.  I was in my early twenties and it was all about meeting great people, being in different environments, being social and active during the day and into the night. So, I got a job within the travel industry, as it was the joy of meeting people, experiencing destinations and cultures, that I had decided I wanted from life.
After the arduous applications, I received my own travel licence on 14 June 2001.  At the beginning I worked on TWAD and at the Geelong Advertiser, until TWAD could sustain me.  At the end of August 2001, I committed to working fulling time within TWAD. Within two weeks the September 11 tragedy occurred, followed by sars, chicken flue, Bali bombings, the collapse of Ansett. It was a tough two years for all.

I've reflected over the years on what I've wanted and received and enjoyed.  Now, I plan on what I want for life, as I believe happiness is a very important aspect of life.  I am grateful for the family holidays we had as kids, it was the travelling and exploring, the freedom we had and the creativity to entertain ourselves that I thank my parents for. As the cliche goes "it's all character building".
So, to acknowledge my accomplishments and TWAD's ten years of existence, I wish to celebrate by giving you a complimentary night staying at Parkroyal Hotel Melbourne Airport, when you book a journey through TWAD for a 50 Degrees North or Travel Indochina experience.
OFFER: Book & Deposit a journey before 31 July.
VALID: For travel during 2011.
QUOTE: TWAD celebration.
CONTACT: Us to today for a brochure or to arrange your holiday.

Posted by Karen Goudge at 13:45 No comments:
Email ThisBlogThis!Share to TwitterShare to FacebookShare to Pinterest
Labels: Celebrations, Karen B Goudge, Offer, Reflecting, Travel With A Difference

Yes, during June and July book a Travel Indochina or 50 Degrees North holiday through Travel With A Difference and you'll receive a complimentary nights accommodation staying at the Parkroyal Hotel Melbourne Airport.
Celebrate New Years Eve on a luxury cruise along the Mekong River, commencing in Siem Reap, Cambodia and concluding in Saigon, Vietnam. 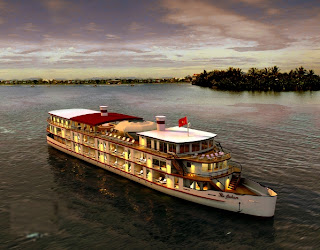 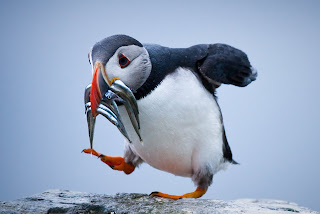 Or perhaps Scandinavia is your desired destination, there is so many unique experience to be had at this destination: Dogsled Expedition, Volcanoes & Glaciers...cruising, touring, trekking or polar expeditions can experience. Visit our Calendar to view some special interest tours involving Scandinavian cuisine and design.
Book & Deposit: before 31 July 2011
OFFER: Complimentary nights accommodation at Parkroyal Hotel Melbourne Airport.
Book:  Your flights and cruise, trek or journey through Travel With A Difference to receive the complimentary nights accommodation.
Travel: Depart anytime during 2011.
Contact: Us today, we look forward to assisting you further. Enjoy the journey!
Posted by Karen Goudge at 15:58 No comments:
Email ThisBlogThis!Share to TwitterShare to FacebookShare to Pinterest
Labels: Airports, Celebrations, Cruise, Group Travel, Hotels, Indochina, Mekong, Offer, Scandinavia, Travel With A Difference
Newer Posts Older Posts Home
Subscribe to: Posts (Atom)

TWAD - an acronym of Travel With A Difference.

IDEAS - the passion, inspiration, thrill and happiness for travel and holiday options.

Karen Goudge
Australia
On returning home after travelling and living abroad for three and half years, I decided I wanted to travel for the rest of my life. After studying and working in the travel industry, I set up my two travel businesses: Travel With A Difference and Spa Welllness Travel. TWAD was a seed in my thoughts that grew and both businesses have grown and been based on my lifestyle and experiences, to which I'm grateful. Spa Wellness Travel grew as an enhancement of TWAD. I have great intrigue and respect for destinations, people and the experiences that can be had when on holiday or travelling. My passion and curiosity for what a day can hold has not left my side - a day is a journey where anything can change in a moment. Enjoy...